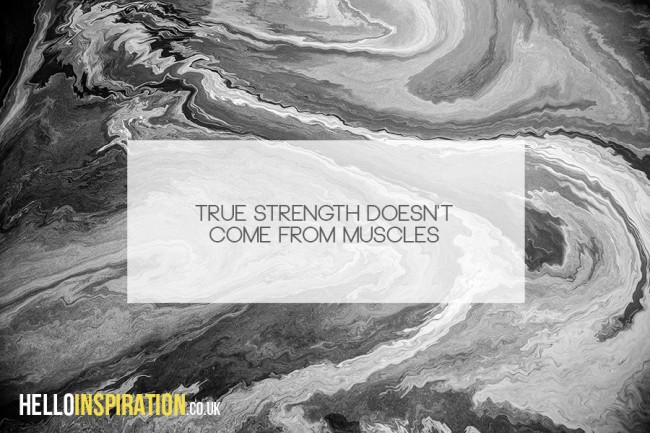 Who are the strongest people at the gym?

There are people with amazing bodies at the gym that I can’t help but admire. Some people go to the gym every single day. They work out because they absolutely love it. They love the feeling it gives them, almost as much as the body it gives them. The buzz of adrenaline lifts their entire day. They have the toned physique, the rippled muscles, the raw strength and the cardiovascular superiority. They have the ability (if required) to bench-press me and the whole of my little family all at once.

There is certainly a lot to admire in these people. But they’re not the gym-goers that I wanted to write about.

For me, the most inspirational people in the gym are the ones that look like they don’t belong. The ones who don’t match the fitness-freak stereotype. The ones who may be a little overweight, are almost certainly unfit, but DEFINITELY look like they would rather be absolutely anywhere else but the temple of fitness that is the gym.

They turn up at the gym knowing that they are going to face the stares, the smirks, and the awkward “I-want-to-curl-up-into-a-ball” feeling of self-conciousness in the gym probably more than anywhere else in the world.

The looks that say “Wow, what are YOU doing here?!”. The smirks that say “I could run faster than that with my feet tied together”.

They are inspirational because despite the negativity, bordering on hostility, they are still there.

Still going. Still running. Still pushing themselves as hard as they can, as hard as the toned gym rats with their trophy bodies (if not harder). They may not run as far, or bench-press as much as the fitness gurus, but they are there trying to improve themselves, which is amazingly inspiratonal to me.

That is true strength.